Our butcher’s guide to beef cuts 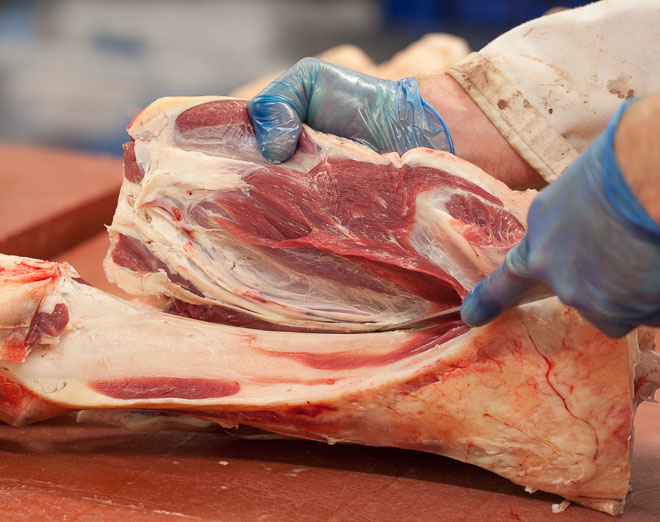 Our expert butchers have been cutting meat since before some of us were even born, so its safe to say they know their meat! We asked our team to explain the differences between each of the cuts of beef to us and here is the guide they have made just for you!

This meat is diced into stewing steak. Best cooked long and slow to release the rich flavour and the juices make rich tasty gravy!

These cuts are from the shoulder in the forequarter and are muscles that work quite hard during the animal’s life, which means they can be tougher than other cuts. A little more tender than the neck, we use these cuts for our braising steaks. These tasty cuts need a longer cooking time to break down the tough muscle fibres, so it works well in casseroles, stews and pies. The flat iron steak is also cut from the shoulder. The flat iron steak has intense flavour is surprisingly tender considering it is cut from the forequarter.

The rib can be cut and rolled, French-trimmed or left on the bone. The exquisite natural marbling of the rib makes it a rich cut that makes an impressive roast. The rib is also cut into rib-eye steaks.

This prime cut is full of flavour but is a less expensive cut as it isn’t as tender as sirloin and fillet. Cut into steaks, the flavour of the rump is often preferred over other steaks by many.

At the top of the back leg, these three cuts are made. The thick flank is referred to as the top rump. All three are lean and make a classic roasting joint. Our joints come with a generous layer of fat tied to them to help baste the meat whilst its cooking.

This cut comes from the lower chest and is rolled into a joint. Packed with flavour, the brisket is simple to cook and can be left in the oven for several hours for a rich and tender roast.

The shin is the lower part of the animal’s leg. Each side of beef has two shanks, one in the hindquarter and one in the forequarter. Osso Bucco is cut from the shank.